Summer is over. It's time to replace developers with AI and find out why MLOps is where DevOps and data scientists find a common ground. 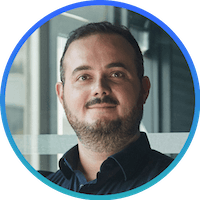 Subscribe to my newsletter and never miss my upcoming articles

The latest issue focused on NLP and machine capabilities to handle human language. In this new release, Autumn is coming with a bunch of great news, exciting papers, and unique service capabilities to be used by AI practitioners. In this issue, we discuss generative models for developers and automating all the things with MLOps.

After the release of OpenAI GPT-3 last year, generative AI has been widely adopted. Many data scientists started experimenting with all the possibilities this could open, especially when dealing with the code that makes machines work.

Last month OpenAI launched Codex in private beta. Since then, several astonishing applications have been built in just a few weeks. Codex is a direct descendant of GPT-3, trained to support developers in code generation specifically. It is pretty similar to Github Autopilot but raises the bar of what can be achieved: check out the first demo and be blown off watching how it handles context and uses common concepts such as "what is visible on a background."

I don't think ML will replace developers, but it will be a great addition and speedup to everyday work, as stated in this article. Then, I am pleased to tell you GPT-4 is on its way to being released as a much smaller model and more tailored to specific applications.

Every DevOps engineer sooner or later gets confused (and a bit disappointed) by the seemingly lack of operational principles widely adopted in machine learning. The reason behind this is an entirely different approach adopted by data scientists that prefer being able to experiment at a swift pace instead of dealing with architecture.

This trade-off is something cloud vendors, and software architects are trying to solve with the new practice of Machine Learning Operations (MLOps, in short). In a Data Camp podcast episode, AWS Hero Noah Gift discusses a pragmatical approach to MLOps. At the same time, [AWS Community builder Alessandro Gaggia[(twitter.com/balubor) just published an article about how architects can apply software principles to machine learning.

More on this, if you have lived on Mars for the latest three years and just landed back on Earth, check out Julien Simon's show on Twitch SageMaker Fridays episodes. The latest of them is focused on pipeline automation. One week ago, Julien moved out from AWS to be the Chief Evangelist at HuggingFace. Congrats to Julien for his new role!